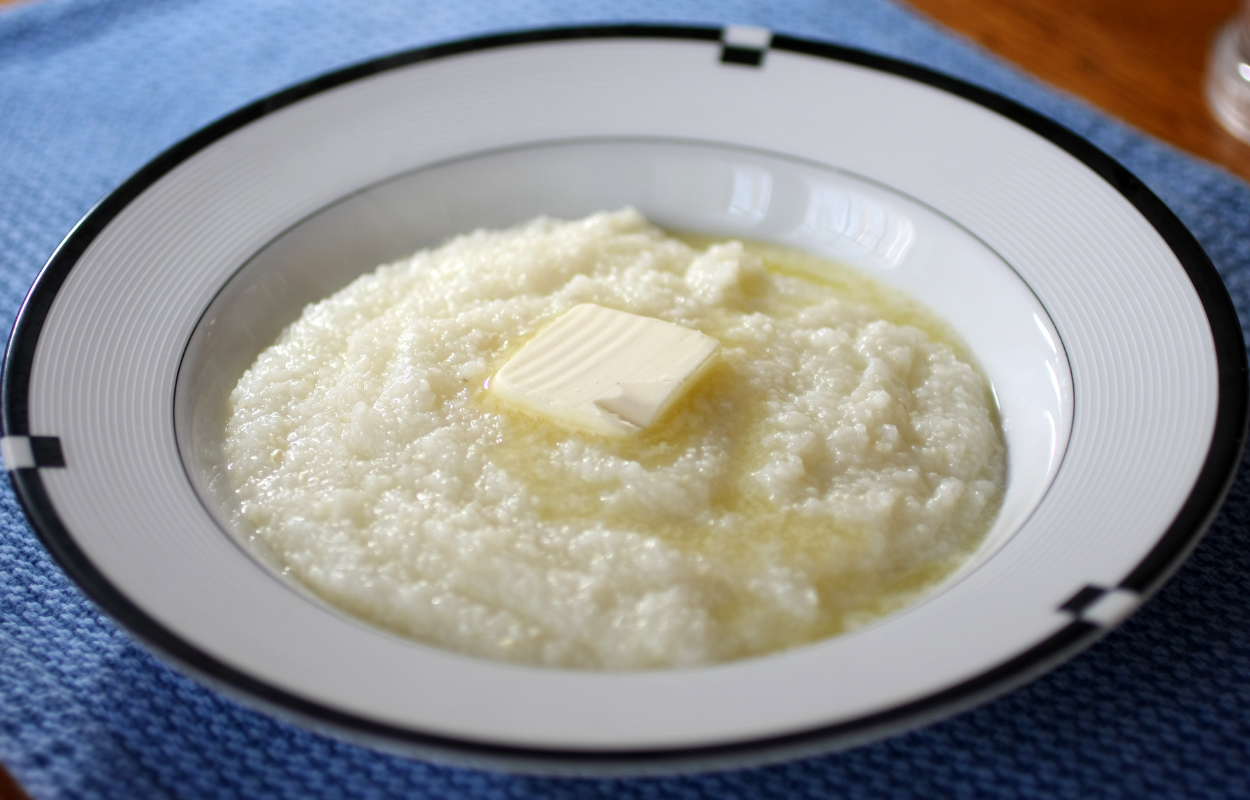 If you think you don’t like grits, then you’ve probably only been served bad ones. Now, I’m not talking about the Goulda Cheese grits served in nice restaurants as sides for lunch or under those fabulous Shrimp and Grits you love. You can find those, especially in Oxford where we’re known for our great restaurants and Shrimp and Grits. I’m talking about good grits for breakfast which are hard to find even here in the deep South. My family won’t even order grits on a breakfast menu, anywhere! Why? Because they grew up on Mama’s Grits.

This method for cooking grits has been in my family for at least 4 generations but goes even further back than that. Actually, there was never a written recipe, Mama just judged the crowd and threw them together. I learned how to cook them from Mama who learned from her mama who learned from her cooks on the Natchez, MS bluffs.

Mama’s Grits are very simple to make with just a few important twists to the Jim Dandy Quick Grits recipe. The secret is the milk, plenty of salt and pepper, and real butter. I recorded the recipe the first time for friends at a brunch I hosted a few years ago. The recipe feeds a crowd but can easily be cut down for a small family. And by the way, if you own or manage a place in Oxford that serves breakfast, would you please share the recipe with your cooks. I would love to order grits the next time I go out for breakfast, but better put Mama’s Grits on the menu so I’ll know.

Also, try serving the full recipe of Mama’s Grits with my Deluxe Breakfast Casserole for a crowd or cut down the recipe and serve with my Veggie Omelet for just a few.

For a smaller recipe to serve 3-4