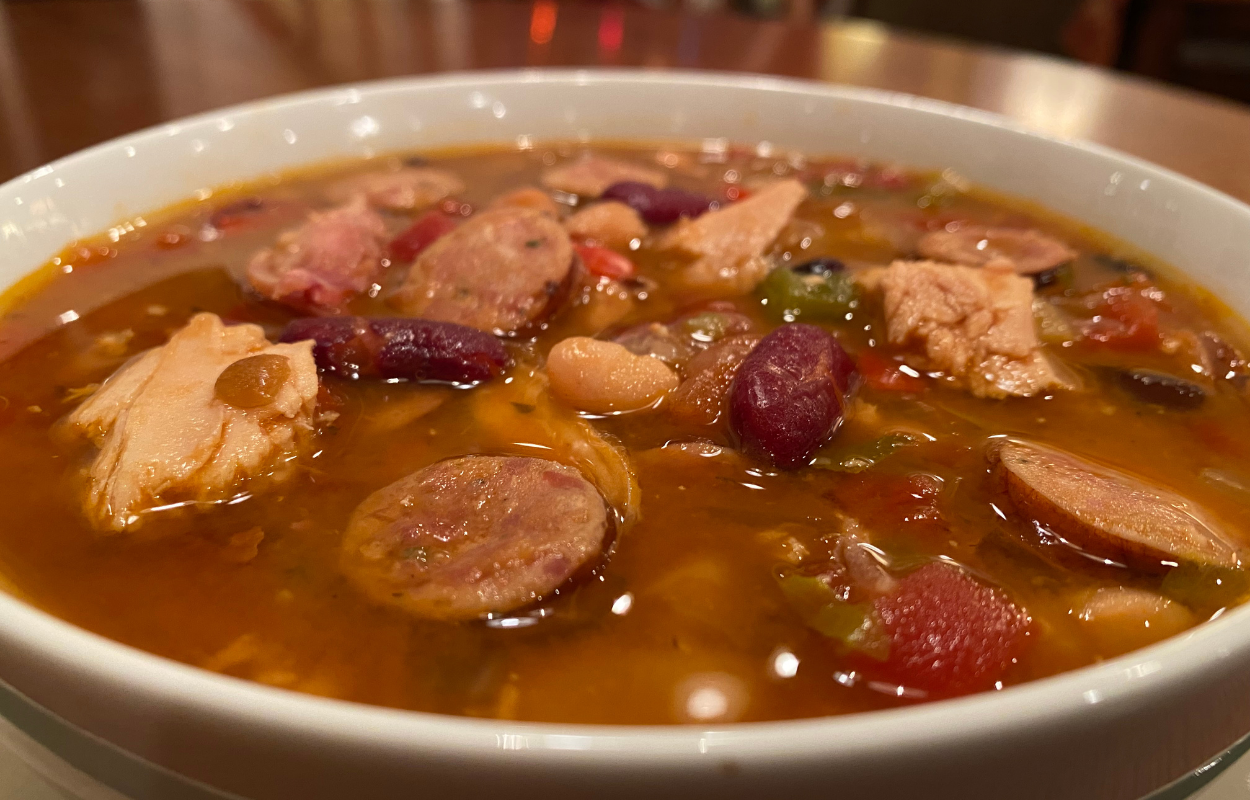 A hearty soup for your freezer 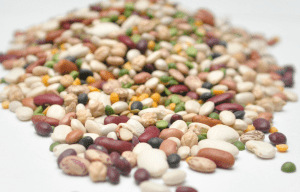 This 16 Bean Soup has been a family favorite for many years that can always be found in my freezer. Fair warning–the prep will take some time and half a day to cook. However, with 18 freezer quarts of delicious hearty soup, the results are well worth the effort. The recipe can be easily halved, but I always make a full batch since I have more freezer space than kitchen time.

What about the broth? 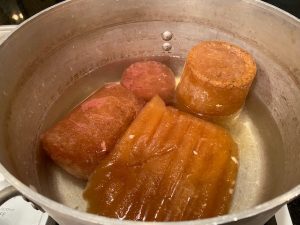 Starting in a 5 gallon stockpot with frozen ham broth, chicken broth, and water seasoned with Better Than Bouillon Ham Base

I could write an epistle about broth–canned vs. homemade–ham vs. poultry–smoked vs. roasted. Answer–any of the above. In fact, I have a post dedicated to making a poultry broth. Check it out here. The basic concepts can be applied to making a ham broth and beef broth. Personally, I love making broth from bones and never throw away a good meaty bone or carcass. I have a shelf in my freezer dedicated to frozen broth. This week, I began my 16 Bean Soup with ham broth made from my Thanksgiving meaty ham bone. Since that was not enough liquid for a full batch, I completed the broth with my frozen chicken broth supply and water seasoned with “Better Than Bouillon” Ham Base. This is hard to find on a local grocery shelf but can be purchased and shipped from Kroger or Amazon websites.

What makes a rich broth? 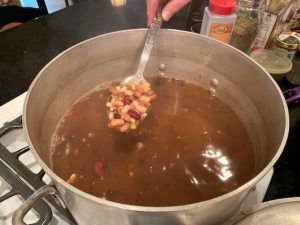 Start your beans in a rich broth and spices

The richer the broth the better the soup. And when I talk about rich, I’m not talking about fat as I remove all the fat before using. The term for rich refers to a depth of flavor that cannot be achieved from water, salt, and other spices. The use of water and salt in soups is where many cooks make their first mistake. I learned this years ago from my Mama and she was the best when it came to making soup. If you make a broth from a meaty ham bone, debone and save the meat to add to the soup when you add the sausage at the end of the recipe.

Good substitutions when you don’t have a meaty bone

Use plenty of colorful veggies 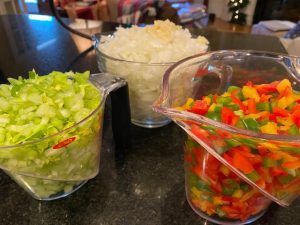 The original recipe for this soup called for only onions, celery, and garlic, but I’ve added peppers to the recipe as well. Also, I use green, red, and yellow peppers adding to the color and flavor of the soup. I also put more veggies than the original recipe called for.

Slice and brown the smoked sausage 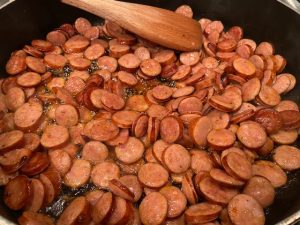 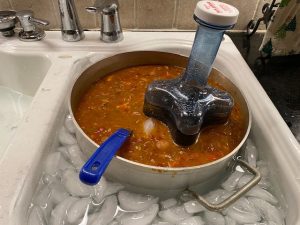 My method for cooling

There are specific guidelines for cooling soup. The following statement regarding safe cooling of soups and stews was taken from the University of Minnesoto’s Extension website:

“One of the leading causes of foodborne illness is the failure to properly cool foods. The food danger zone is that place between 40 and 140 °F where pathogens grow most quickly. It can take a long time to get through the danger zone when cooling a large batch of chili, soup or stew. The soup must cool from 140 to 70 °F in 2 hours and from 70 to 40 °F in no more than 4 hours.”

Visit there website for the entire article and to view methods for cooling soups.

My favorite cooling method is an ice bath. I also use cooling paddles to speed the process. These can be purchased on Amazon. I recommend investing in a probe thermometer to keep track of temperratures. 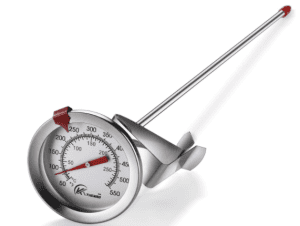 These are inexpensive and can be purchased at most grocery stores or online.

“Come back to the Family Dinner Table”

Karen is passionate about bringing families back to the dinner table. Just like the recipes she shares, No Time 2 Cook frozen entrees found in Kroger and other retailers are cooked from scratch and taste like home-made.

Cooked rice to serve with soup