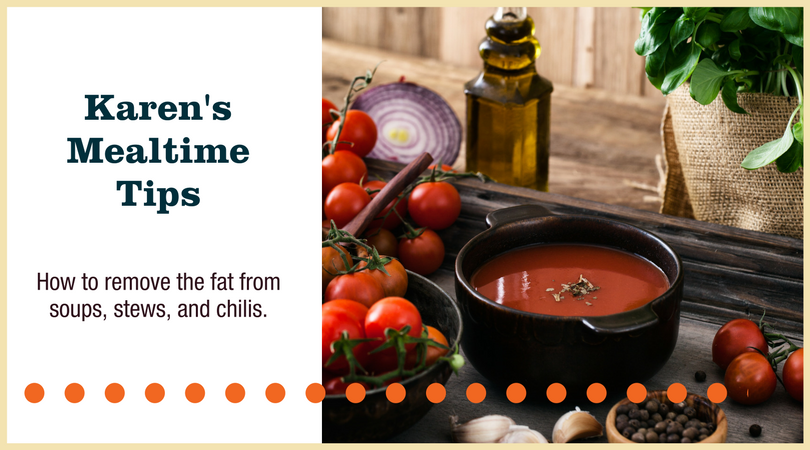 When cooking soup, stews, and chili, excess fat will rise to the surface. The following methods for removing fat from soup, stew, and chili work with just a little effort on your part.

The first method is the most obvious. Just skim the fat off with a ladle. Don’t worry, you’ll pick up some of the broth as well, but losing a little of the good broth is well worth removing the fat and calories. If you’re like me and determined not to lose a bit of the good stuff, the bowl of hot skimmings can be cooled and chilled. When chilled, remove and discard the congealed fat on the top.  Then, return the good broth underneath back to the pot.

Another method is to use a fat skimmer.  This great gadget can be purchased from kitchen supply stores or Amazon.  Directions come with the skimmer.

The third method might surprise you. White bread may be bad for us to eat, but its great for absorbing the last bit of fat from the top of the soup–and the staler the better. After skimming as much fat as possible, the bread will get the rest. Just place slices on top of your soup, flip, and remove quickly. You can even tear off some pieces to get that illusive fat around the edges. Then you’ll have virtually fat free soup, stew, chili, or even spaghetti. 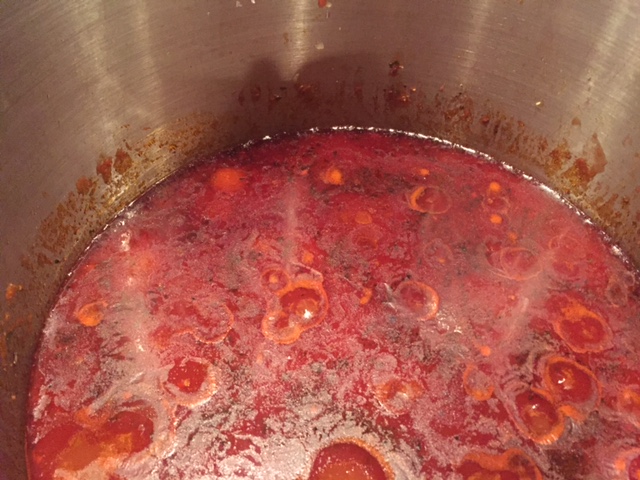 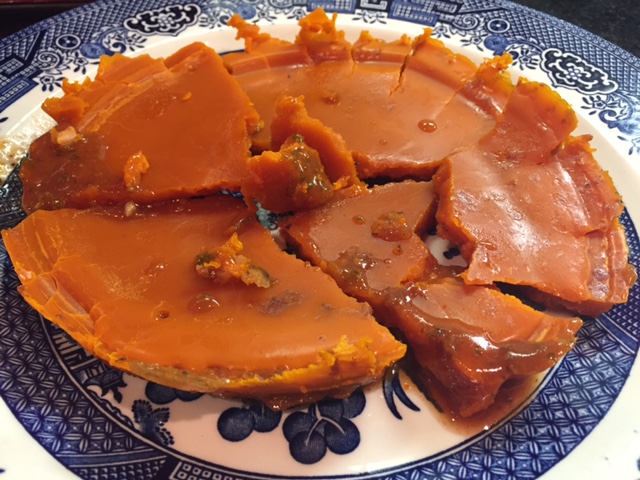 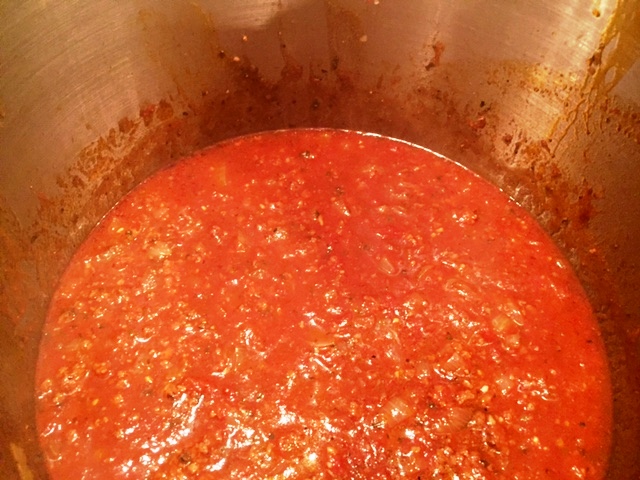 See the images above.  The left image was spaghetti before the fat was removed. The second image is the congealed fat that was removed after the skimming was chilled in the freezer, and the third image is a virtually fat free spaghetti.